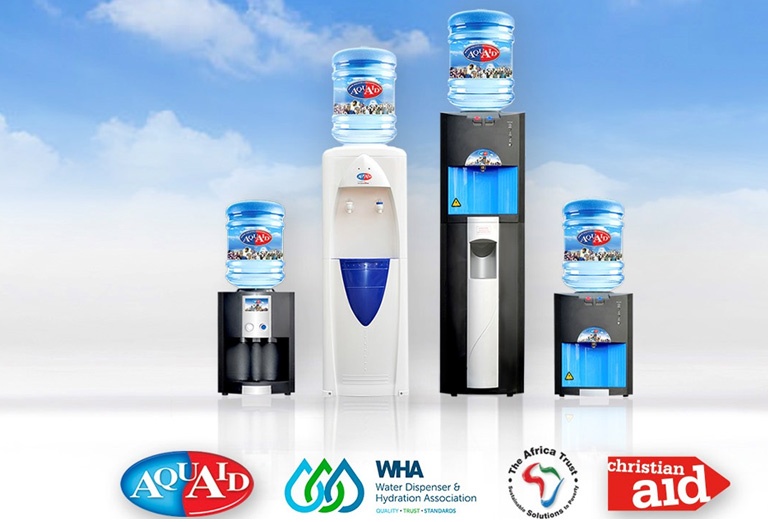 AquAid, the UK’s leading water cooler supplier, has announced the successful implementation of Lightfoot’s award-winning in-cab technology within its fleet, leading to increases in fuel economy of over 15%.

Utilising Lightfoot’s pioneering driver rewards platform, AquAid has also seen an 83% fall in instances of over acceleration, a 40% fall in severe breaking and a 38% drop in harsh cornering.  Lightfoot has also brought about a 9% fall in vehicle idling.

The organisation, which delivers and services water coolers, dispensers and water boilers for over 30,000 customers nationwide, is driven by its passion to bring clean drinking water to those most in need; donating over £14 million in recent years to help more than 2 million people globally. As such, AquAid places a high value on solutions that minimise its carbon footprint; helping to reduce global warming.

Lightfoot’s ability to encourage smooth driving, cutting the production of carbon emissions and harmful particulates linked to NOx, played a big part in AquAid’s decision to integrate Lightfoot’s real time driver guidance and rewards package, resulting in a 15% reduction in emissions produced by its Lightfoot enabled vehicles since installation.

Commenting on the positive impact that Lightfoot has had on the way AquAid’s drivers use their vehicles, Michael O’Donoghue, Operations Director at AquAid, said:

“Having had tracker systems fitted for many years, we noticed the driving style rarely improved across the fleet, no matter what incentive we gave the delivery staff.

“That was an issue for us as water is heavy, and inefficient driving impacts all areas of the fleet. Poor driving leads to additional money spent on brakes, brake discs and other vehicle parts. Add in the cost of down-time when a vehicle is off the road, the cost of hiring a vehicle and insuring it, plus the administration of organising this, and Lightfoot’s driver focussed solution was a no brainer.

“Initially, I thought drivers might resist the in-cab device, but that’s not been the case. Our drivers are entirely on board and we’ve seen improvements universally. Now, drivers actively take pride in their results, striving to be at the top of our inter-office leagues, which show the performance of our drivers weekly, while unlocking competitions to win prizes that reward their smoother driving style.”

“We’re seeing savings not only in fuel, but in all aspects of the fleet. Lightfoot’s not just paying for itself, it’s also saving us additional money through reduced vehicle downtime and less wear and tear, protecting the long-term value of the fleet, while reducing our impact on the environment.”

“AquAid’s philanthropic approach to business, helping those in parts of the world affected by a lack of drinking water, demonstrates the bigger picture taken by the business in all its operations. Our in-cab technology helps the AquAid stay true to its values by delivering a lower carbon footprint for its fleet, whilst at the same time improving the wellbeing of its drivers through smoother, safer driving.

“Since installing Lightfoot, AquAid’s drivers have transformed their driving style. Elite Driver numbers have leapt from 41% during the blind monitoring phase to 97% today. It’s a win, win result for all concerned.”

Lightfoot’s innovative in-cab driver feedback helps drivers achieve greater efficiency from their vehicles with fuel savings and corresponding emissions reductions of up to 15%. Combined with falls in at fault accidents by up to 40% and wear and tear costs by 45%, Lightfoot brings about multiple benefits to fleets.

Find out more about how Lightfoot can transform your fleet.

Lightfoot also provides drivers with an app, giving users full insight into their performance and score, alongside access to exclusive competitions which drivers can opt in to enter as soon as they achieve Lightfoot’s ‘Elite Driver’ standard; the point at which fleets see the best efficiencies and savings across the board. In addition to the highly popular cash-prize Drivers’ Lottery, drivers can enter competitions for a range of other prizes that serve as an incentive to maintain a smoother driving style.

Considered revolutionary in the fleet management and telematics worlds, Lightfoot’s disruptive approach to reducing accidents has been adopted by some of the largest companies in the market, including Virgin Media, Greencore, and South West Water.