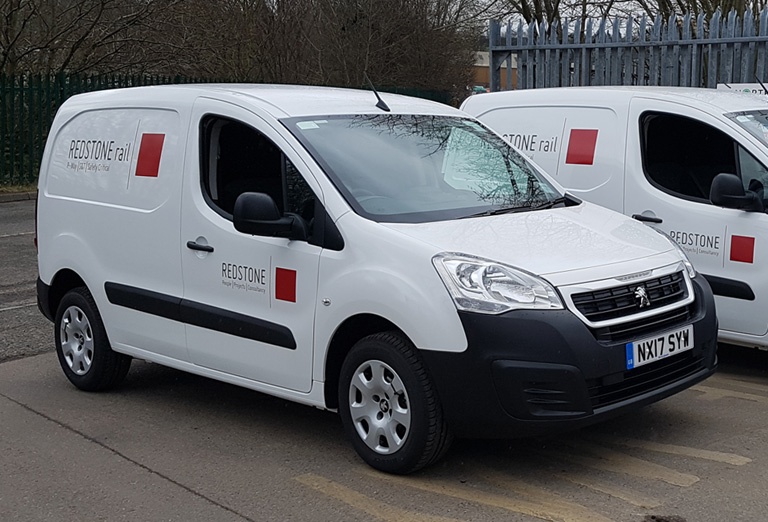 Redstone Rail Ltd, a market leader in the supply of specialist engineering resource to the Rail industry, has announced that it has installed Lightfoot’s award-winning in-cab technology across its fleet of 30 commercial vehicles. Introduced to ensure enhanced safety, Lightfoot’s driver behaviour technology has seen an immediate improvement in driver awareness and performance, while increasing MPG by 5.3%.

The specialist provider of blue- and white-collar engineering resources, Redstone Rail is committed to improving working conditions so their drivers operate a safe and secure fleet, contributing to the wellbeing of their staff.

Initially, Redstone Rail ran the Lightfoot trial in ‘Blind’ mode to establish a definitive baseline for the fleet’s efficiency. The ability to establish their drivers’ natural behaviour was particularly important to Redstone Rail in order to understand the extent of the issue at hand in terms of harsh or dangerous styles of driving. Once a clear picture of the drivers’ performance was established, Lightfoot turned the pocket-sized in-cab devices ‘live’ – activating real-time visual and audible feedback to help drivers maintain a smoother, safer and more efficient driving style.

Monitoring the impact of the live feedback on Redstone’s drivers revealed an immediate change for the better. Over acceleration reduced by 57%, harsh corning decreased by 36%, while harsh braking halved. Adopting this smoother, less aggressive driving style has not only cut emissions by in excess of 5% but it has also led to projected savings worth thousands of pounds per year.

“At Redstone, safety is paramount, and we continue to invest in technologies to assist us with the challenges we face. Running a large fleet of vehicles and keeping track of drivers is the simple element. It’s tracking driver behaviour where Lightfoot has had a real positive impact. After meeting Lightfoot, it was clear the system would benefit our drivers on so many levels and contribute hugely to our desire to ensure everyone gets home safely every day, while seeing the additional benefits of improved driving.”

“By trialling Lightfoot in ‘blind’ mode, we were able to establish a sound idea of how our drivers were performing. Once we activated the ‘live’ feedback, we were instantly able to see improvements.

“Without doubt, the rewards that our drivers can win through Lightfoot’s host of competitions, including cash prizes through The Drivers’ Lottery as well as consumer technology prizes and goodies, has made smooth driving desirable and fun. Boosted by the leagues which show how our drivers perform, we’re seeing positive competition with colleagues vying to be better than their peers. Now over 90% of our drivers regularly achieve the ‘elite driver’ status, which is good for the business, the environment, the wellbeing of our drivers and of course, safety on the roads.”

Lightfoot’s innovative in-cab driver feedback and accompanying driver rewards platform helps drivers achieve great efficiency from their vehicles, while reducing harmful emissions by up to 20%, at fault accidents by up to 40% and wear and tear costs by 45%.

Lightfoot also provides drivers with an accompanying app, giving drivers full insight into their driving performance and score, along with access to exclusive competitions and rewards that serve as an incentive to maintain a smoother driving style.