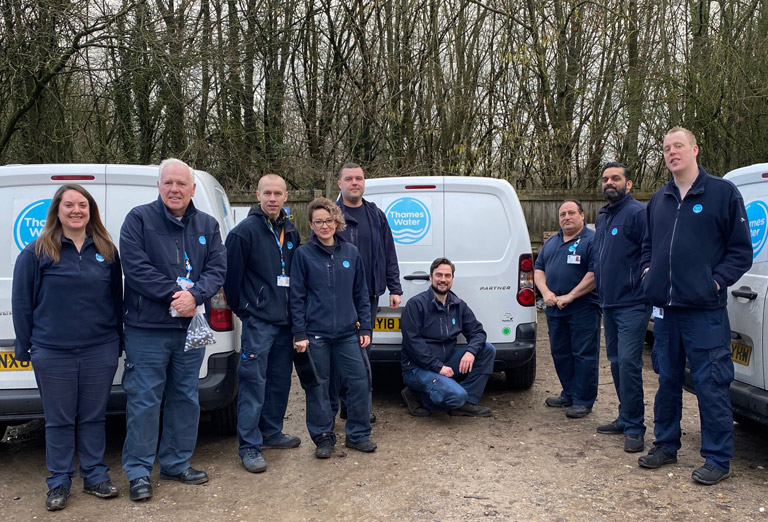 Groundwork London has announced the successful roll-out of Lightfoot’s award-winning in-cab technology and rewards platform across its fleet of 73 vans and utility vehicles, resulting in a 7.8% improvement in MPG, a 6% fall in vehicle idling and the eradication of instances of poor or dangerous driving.

The organisation, which works alongside local communities, public bodies, private companies and other voluntary sector organisations, delivers over 600 projects across London every year. Each project is designed to improve the quality of people’s lives, their prospects and potential, as well as the places where they live, work and play.

Amongst their clients are Thames Water, which Groundwork London helps by meeting domestic and business customers to identify ways in which they can reduce water consumption to help tackle water stress in the London and Thames Valley region.

Core to Groundwork London’s values is the use of the environment as a catalyst to build a more sustainable future. Introduced in part to reduce its carbon footprint and production of harmful particulates linked to NOx, Lightfoot has cut emissions across the Groundwork London fleet by 7.8%.

Commenting on the transformational impact that Lightfoot is having on the way the organisation’s fleet is now being driven, Jon Brock, Programme Manager, Groundwork London Thames Water programme, said: “Since installing Lightfoot in August 2019, we have seen a big improvement in driver behaviour. Our accident rate has fallen and our fuel efficiency has increased.

“As an environmental charity, Lightfoot is helping us in our commitment to reduce our carbon footprint, thanks to the improvement in fuel efficiency and reduction in time our vehicles spend idling. The ability for drivers to see their performance in real-time has been, in our opinion, the most valuable element of the Lightfoot solution.”

Feedback from Groundwork London’s drivers shows that they have become more thoughtful with enhanced awareness about the way they manoeuvre, imparting a new perspective on how to drive efficiently and safely.

Martin Kadhim, Lightfoot Director, commented on the positive impact that Lightfoot’s in-cab device has had on Groundwork London’s drivers, saying: “The environment really matters to the team at Groundwork London, and even though they were already mindful of the way they drive, Lightfoot has taken that to a new level.

“Jon and his team wanted to engage positively with their drivers, which is where Lightfoot’s end of journey summary – encouraging and recognising good driving – really chimed with the drivers.  Combined with the Lightfoot app, which shows driver performance compared to colleagues, Groundwork London has seen sustained positive competition among its drivers, each trying to be smoother and more efficient than their colleagues.”

Martin Kadhim added: “Having technology that actually helps drivers to be smooth, rather than traditional telematics and tracking solutions that report back to the boss on all the things they have done wrong, really worked for Jon and his drivers. That, added to positive endorsement from their insurance broker Gallagher and their underwriter QBE, convinced Groundwork London that Lightfoot was the right solution for them.

“Now, 90% of their drivers are regularly hitting our Elite Driver standard, which is the point at which the largest benefits in fuel efficiency and emissions reduction kicks in. Good for driver confidence, the environment and Groundwork London’s bottom line, it’s great to see our driver behaviour technology making such a positive difference.”

Garry Hockey, Branch Manager Gallagher Charities and Healthcare Division also commented: “It’s great to see another Gallagher client benefiting from using Lightfoot. Both Groundwork and Lightfoot are forward-thinking businesses focused on being a real force for good in the world – it’s brilliant to see them working together and enjoying success”.

Lightfoot’s innovative in-cab driver feedback helps drivers achieve greater efficiency from their vehicles with fuel savings of up to 20%. It also reduces harmful emissions by 20%, at fault accidents by up to 40% and wear and tear costs by 45%.

The pocket-sized dashboard display device uses live engine data to provide drivers with real-time visual and audible feedback, helping fleets to improve efficiency and safety one mile at a time.