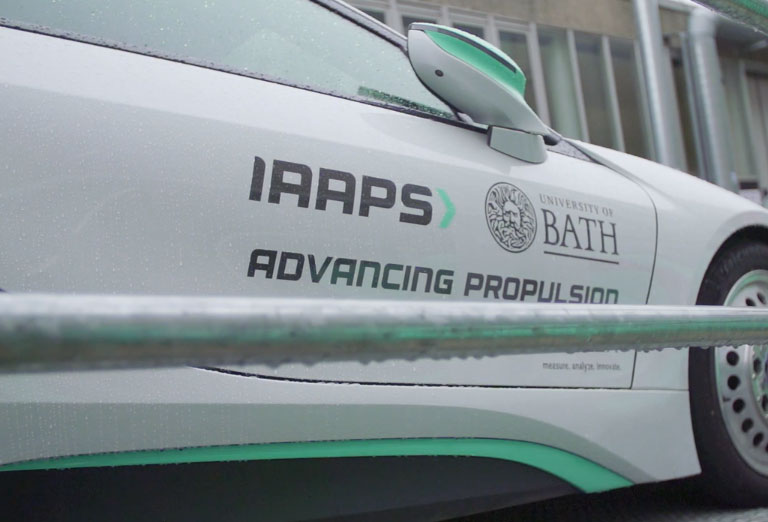 Commenting in an interview, Professor Brace endorsed Lightfoot saying: “For millions of vehicles on the road, Lightfoot is one of the only ways to reduce the amount of NOx in the real world due to its ability to change driver behaviour in real time.”

Tests undertaken by the Institute of Advanced Automotive Propulsion Systems show a direct correlation between Lightfoot’s in-cab visual alerts and reductions in NOx. Its studies show that if drivers half the number of lights lit up on Lightfoot’s pocket-sized in-cab dashboard device, a fivefold reduction in NOx is achieved.

The number one challenge

Outlining the revelation, Professor Brace explains: “Reducing NOx and oxides of nitrogen is the number one challenge in addressing urban air quality. If you can reduce the power that an engine operates at, you reduce the amount of NOx produced. By modifying driver behaviour, Lightfoot is one of the only ways to simultaneously improve fuel efficiency and cut NOx.”

For Professor Brace, Lightfoot’s simplicity is key: “It’s a very easy device to fit into a vehicle that’s too old to have effective oxides of nitrogen after treatment,” he says. “It also has a significant positive effect on new vehicles. Lightfoot is training drivers to be smoother, better drivers which saves fuel and cuts emissions. Human behaviour is the key, Lightfoot is the enabler.”

He adds: “When a company adopts Lightfoot, they see an immediate benefit that gets stronger over time. Drivers are less aggressive in their acceleration, using less fuel, and from the data we can see that leads to a reduction in the number of insurance claims. Drivers are also more aware, more considerate and, as a result, safer.”

Looking forward to the future, Professor Brace sees further benefits from Lightfoot for fleets: “We see further potential for low emission zones, offering preferential access and reduced costs for vehicles where NOx reduction technology has proven benefits. There’s a really exciting area of work to be undertaken to persuade local authorities and others operating low emission zones that Lightfoot is a really effective technique for reducing NOx.”

Known as the “Fitbit for vehicles”, Lightfoot provides audible and visual dashboard driver guidance which extends fuel range, enhances safety and reduces on the road costs. Evidence from over a billion miles of driving data shows that users of Lightfoot see drops in at-fault accidents by up to 40%, reductions in fuel costs and associated emissions by up to 20%, as well as cuts in vehicle wear and tear costs by up to 45%.

Commenting on the University of Bath and IAPPS findings, Mark Roberts, CEO and founder of Lightfoot, said: “The University of Bath’s team have been a huge influence on our technology. We worked closely to test and validate the device, proving its emissions and fuel effectiveness in the labs, using their world class capabilities to refine Lightfoot.

“However, for us, Lightfoot is all about the driver and ensuring they are rewarded for being smoother and safer, encouraging them to hit the sweet spot of their engine. That’s where our rewards platform takes the technology to the next level, giving drivers a reason to be better with a host of rewards and prizes accessible through our app.  Drivers achieving Elite Driver status unlock access to these, and it’s at this point that fleets gain the biggest benefits in terms of fuel reduction, lower emissions, accident rates and so on.

“Last year we introduced The Drivers’ Lottery giving Elite Drivers a 1 in 7 chance of winning weekly cash prizes worth up to £100 per week. Since launch we’ve seen a 240% increase in driver engagement, with thousands of fleet drivers opting in to win a mix of cash as well as tech prizes. Through Lightfoot drivers have a reason to be better. It’s a driver-led movement, it’s stealth training, and it’s incredibly effective.  Best of all, it’s a win, win solution for drivers, fleet managers and the environment.”

Considered revolutionary in the fleet management and telematics worlds, Lightfoot’s disruptive approach to reducing accidents has been adopted by some of the largest players in the market, including Virgin Media, Greencore, and South West Water.

Previous post: It’s not what you drive; it’s how you drive.
Next post: Groundwork London installs Lightfoot across van and utility vehicles