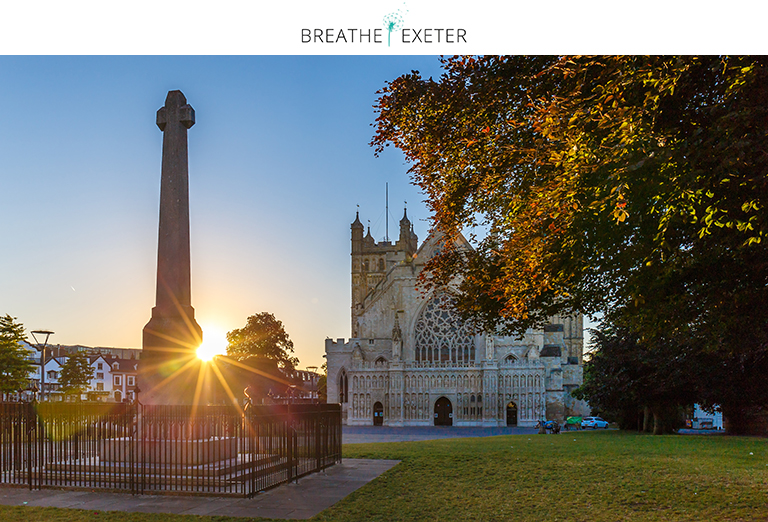 Excitement is building amongst Exeter citizens, businesses and media as we draw closer to the official Breathe Exeter launch event – kicking off Lightfoot’s initiative to protect Exeter’s air quality for generations to come.

Coverage of the initiative was published last week in the Express and Echo and the Western Morning News, as well as their online arm – DevonLive.

An extract from the article is below, but if you want to read the full story, check it out here.

Ambitious plans to make Exeter a global leader in low vehicle emissions are set to be launched.

A new movement is being pioneered by connected car technology developer Lightfoot in a bid to slash vehicle emissions through the actions of drivers, rather than government policy.

The maker of the world’s first technology to reward better drivers is investing over £500,000 in Breathe Exeter, a radical new initiative, which aims to remove the equivalent of 1,000 cars’ worth of emissions from the city’s air by the end of the year, simply by changing the way motorists drive.

It aims to build support from individuals, businesses and public sector bodies that wish to play their part in making Exeter a “cleaner, greener” city by the end of 2019.

If you want to know how you can get involved, whether as an individual or as a business, join us at the Breathe Exeter launch or visit our Breathe Exeter page to find out more.