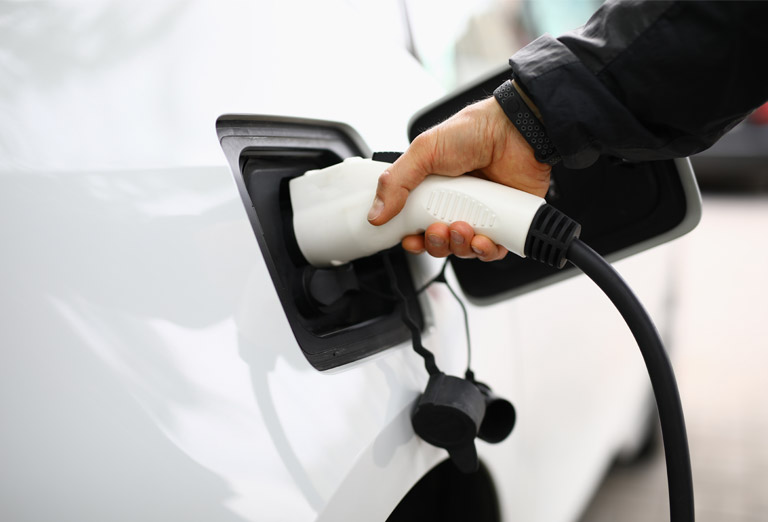 Fleet Managers staring down the barrel of the 2030 ICE vehicle sale ban have become preoccupied with the issue of electric vehicle range. It’s often cited as the number one barrier to the adoption of EVs, alongside concerns about where to charge. But what if that’s the wrong thing to be worrying about?

“We found this out the hard way. Our engineering division built a fleet of diesel-hybrid Transit vans that our testing showed could achieve a 15% fuel saving,” Mark recounted. “However, once the vans were delivered, the fuel savings evaporated. We stripped the vehicles down and carefully analysed everything in the hope of finding the cause, until we finally realised that the only part we hadn’t checked was the one sat behind the wheel.”

“The drivers were using the hybrid system like the performance-boosting KERS set-up in Formula One, rather than an aid to efficiency. It was an expensive lesson – no matter how efficient the vehicle, if you drive it inefficiently, it’ll be inefficient.”

That led Mark on a quest to find a way to improve driver performance. Traditional telematics systems try to achieve this through Big Brother-style data collection, with the raw information sent to fleet managers who have to wade through reams of numbers before deciding on penalties to be applied retrospectively.

“It’s a very top-down approach – all stick and no carrot.”

Instead, Lightfoot’s approach empowers drivers to manage themselves by providing real-time feedback they can do something about, then and there. By incentivising and rewarding good driving, the gains aren’t just immediate, but permanent, too.

The system revolves around a dash-top box that integrates with the vehicle’s drivetrain directly to gather data about throttle use, acceleration, braking, steering inputs, and many other factors. Two rows of lights offer visual feedback on both real-time driving style and long-term performance, while audible cues can remind drivers if their performance drops. However, the system understands that momentarily aggressive driving is often an unavoidable factor on today’s busy roads, and won’t penalise drivers unfairly.

The system maintains a simple percentage score that drivers can monitor using a smartphone app, through which they can also see how their performance has improved over time or even how they compare to other drivers in their fleet.

No-one’s ever 100% perfect, so Lightfoot sets an Elite Driver standard at 85%. Drivers who meet that standard can enter competitions with a 1-in-10 chance of winning a prize, while The Drivers’ Lottery gives away prizes of between £2 and £100 every week. Engagement levels with the app are high – 56% of all drivers use it each week – and those that do tend to have 10% higher scores, too.

“It’s about winning the hearts and minds of the drivers. A driver can disengage from the process pretty quickly if all a device does is beep and bully them. But if you offer an opportunity to back off, you’ve solved the problem before it’s even become a problem.”

“During blind trials with the device installed but not providing any feedback, roughly 3% of drivers met the Elite standard without any help. But as soon as feedback was enabled, 80% of drivers became Elite in the first week. Imagine being able to turn on a light and instantly have 80% of your drivers perform as well as the top three – that’s a massive shift.”

“For some, the app becomes an extension of their CV or their LinkedIn account. They could turn up to an interview, pull out their phone, show their Elite Driver score and say: ‘you should employ me, I’m a great driver.’ Once you’ve created value in the process for the driver, they’re fully engaged with it.”

“The best part is we haven’t had to engage a manager to deliver this huge increase in driver performance. Lightfoot doesn’t need a manager, whereas traditional telematics can’t exist without one. Drivers don’t need to be called into a meeting about something that happened three months ago because they’ve already sorted it out. They’re out there, driving better, using less fuel, having fewer accidents, presenting a better image of their company, and they’re happy because they’re engaged with the process and they’re winning prizes.”

This levelling of performance becomes even more critical during the transition to electric vehicles.

“How can you possibly consider deploying an EV fleet when your drivers might deliver a 30% difference in range just because of their driving style? You simply couldn’t invest millions of pounds in an EV fleet without first tightening the loosest nut in the vehicle, the driver. That’s what in-cab coaching does. It’s one thing to get all your drivers in the same performance band, but to get them all in the top band, that gives you the certainty you need to operate an efficient fleet.”

“This, I feel, is an unrecognised problem. There’s a risk a fleet’s new EVs will arrive, they’ll put them into operation and they’ll think ‘why do most of my vehicles perform so badly?’ Instead of looking at the issue of driver performance, everyone’s been worrying about charging infrastructure and battery capacity and expenses management, and so on.”

Ironically, those problems are comparatively easy to address. Most fleets recognise that home charging is the simplest solution, saving the need to install complex infrastructure or huge storage facilities. And while that solves the immediate logistical challenge, it does present issues of its own, particularly around expenses management and employee privacy.

“Some fleets are trying to get the energy consumption data directly from the charger itself, but with all these different charger types being installed at different times, it’s impossible to capture that information effectively. Plus, there’s the challenge of knowing whether that energy went into the work vehicle or their personal vehicle, or even a friend’s vehicle. We cut through all of that; we don’t need the charger to tell us.”

Because Lightfoot’s system integrates directly with the vehicle, it knows the precise charge state of the battery before and after charging as well as the location, and can therefore determine not only the exact amount of energy delivered but also whether the vehicle was recharged at the employee’s home, at work, or at a public charger.

Having captured the information at source, the possibility of charge fraud is eliminated. To submit an expenses claim, the driver need only tap a button on the smartphone app for it to send all of the necessary data, including that needed to verify the claim, to the fleet manager for approval.

As EV technology operates differently to traditional ICE platforms, the transition from one to another does require a fundamental shift in human behaviours. For instance, while a diesel van driver can easily refuel on the way to their first drop, the driver of an electric van needs to remember to plug the vehicle in each night. But as EVs operate on a tech-heavy platform, there’s greater scope for using technology to make that transition easier. Lightfoot’s system, for example, can send a simple reminder notification to the driver’s phone if they’ve forgotten to plug their vehicle in.

“It sounds trivial, but it can make the difference between the guy being able to work tomorrow or not. It’s a risk that we can easily remove from the equation.”

“With EVs, there’s a whole new dynamic now – how efficiently you drive can determine whether you can complete your day’s work, and how you charge impacts whether you can do your job at all. Just as we incentivise and reward good driving, we can do the same with charging, perhaps rewarding drivers for charging their vehicles in-line with company policy at certain times of the day or night, for example.”

“If we can change those human behaviours enough, then widespread electric vehicle deployment becomes worthwhile.”