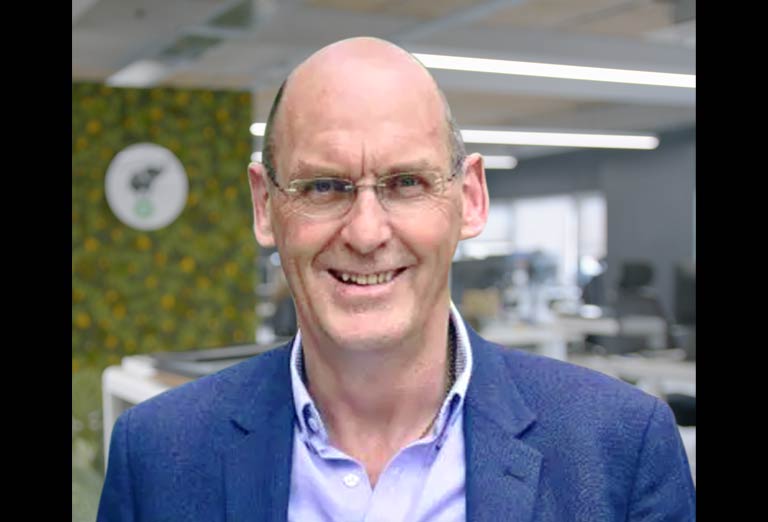 Lightfoot, the trail-blazing, in-cab, driver fleet coaching technology and rewards platform, has announced that Software as a Service (SaaS) businesses leader, Bob Mann, has been appointed as Chairman of the Devon-based green-tech company.

Currently Chair of Openbravo, one.network, Social Value Portal, ethiXbase, and a board member of Zift, Bob Mann is widely recognised as a pioneer in the SaaS space. He previously ran the European operations of several US software companies, including Siebel Systems, and rapidly turned Relayware – now part of Zift – into a leading global SaaS solutions provider, delivering services to improve channel performance and accelerate revenue growth.

Bob’s appointment will help Lightfoot as it executes its ambitious growth plans, widens its offer to fleets in the UK and beyond and cements its reputation as the disruptor in the fleet management sector. His track record in optimising operational efficiencies within businesses is also seen as a major asset.

Already working with customers in Germany, Lightfoot plans to roll out its real-time, in-cab driver coaching and rewards platform to the broader EMEA markets before expanding into wider international territories.

“Bob has invaluable experience in helping tech businesses grow at speed and scale, both domestically and internationally. Bob’s expertise in the SaaS sector is unrivalled and will prove a huge asset as we move to develop the business in this direction

“Currently, our in-cab coaching device is perfectly suited for the retro-fit ICE and EVs market and the decarbonisation of fleets agenda, but we are always looking forwards which includes integrated SaaS solutions of the future. This will enable us to deliver SaaS driver coaching and rewards in next-generation vehicles, future-proofing our technology.”

“Lightfoot is hugely exciting in the ESG and transportation arena. In a world where geopolitics is making the price of fuel a real headache for organisations, and where businesses are having to adopt measures to reduce their impact on the environment, Lightfoot provides a solution that both reduces fuel use, and delivers against the decarbonisation agenda today.

“Fleets may not be able to switch to EVs tomorrow, but they can deliver significant fuel and emissions reductions through the adoption of Lightfoot’s technology. And when the time comes to switch, they will find that their drivers are pre-conditioned to an EV-ready, smoother, range-extending style of driving; all because Lightfoot focuses on motivating and rewarding drivers to be better.”

Bob Mann is the third high-profile hire for Lightfoot so far this year. In March, Neil Warman joined the business as CFO, followed by Paul Hollick, Chairman of The Association of Fleet Professionals, who joined as Managing Director.

The senior appointments follow Volpi Capital’s investment in Lightfoot in 2021. This has enabled the business to advance R&D and new product development, providing ICE and EV fleets with solutions that reduce costs and environmental impact; empowering businesses to hit their ESG and Net Zero targets faster.

Proven to cut CO2 and fuel use by up to 15%, Lightfoot’s driver-first approach engages and enables drivers to transform the way they drive for the benefit of the planet and themselves. Through reward in return for smoother, safer driving, the individual wins, and companies hit their decarbonisation targets sooner. Effective in both ICE vehicles and EVs, Lightfoot enables vehicles to travel further on one tank or one charge, all through positive driver engagement, rewards, and in-cab coaching.

The transition to Electric Vehicles that fleets are undertaking has only strengthened Lightfoot’s proposition to customers. New challenges to fleets such as where to deploy EVs, charge expense management and charging behaviours can all be met by Lightfoot in a single solution. Thus, Lightfoot is managing the ICE fleet of today seamlessly with the EV fleet of tomorrow.

Lightfoot also reduces at-fault accidents by up to 40%, and wear and tear costs by as much as 45%. It’s this rich combination of benefits and savings that is causing CFOs and CEOs to sit up, take notice, and act.

Radically different to anything else available on the market, Lightfoot’s in-vehicle dashboard-mounted device works together with the Lightfoot reward app. This shows where drivers rank in leagues and rewards those hitting the target Elite Driver level by unlocking access to a host of prize draws. This includes The Drivers’ Lottery, where drivers can win up to £100 each week and have a one-in-ten chance of winning cash prizes. As a result, Lightfoot’s fleet management solutions have transformed the concept of fleet driver engagement, which has been shown to directly improve driver safety and performance.

Today, Lightfoot regularly achieves driver engagement levels above 60%, which compares favourably with conventional telematics which struggles to achieve engagement levels higher than 5%. Lightfoot has been adopted by some of the largest companies in the market, including Virgin Media, Tesco, Asda, Dixons Carphone, and South West Water.