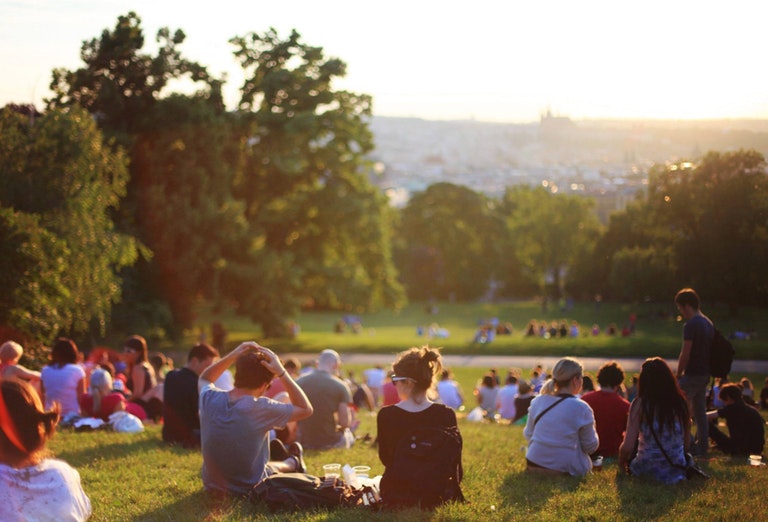 This article on community activism was written by Lightfoot and first published in Grow Exeter magazine. Grow Exeter a fantastic publication reporting relentlessly positive news in our hometown of Exeter. Check out the amazing work the Grow team do here.

For how long have individuals and businesses been harangued for their contribution to air pollution? We might not be doing a great deal wrong ourselves but, with so many of us driving every day, the cumulative effect is huge.

But what if we turned it around? What if we used the collective power we share as individuals within a community to make a positive difference?

In April 2019, Lightfoot and Grow held the official launch event for Breathe Exeter, the pioneering green driving initiative hoping to remove the equivalent of 1,000 vehicles’ emissions from Exeter’s air by the end of 2019. This is community activism, achieved through small changes.

Held at Exeter City Football Club, the night was a huge success, with well over 100 of Exeter’s best and brightest business minds gathering to back the initiative that could put Exeter on the map as a global leader in the fight for cleaner air.

The highlight of the evening was a hugely entertaining and inspiring speech from UK tech titan and one of the most influential voices in British industry, Martin McCourt (former CEO of Dyson and Business Leader of the Year 2010).

Stressing the UK’s pedigree in innovation and the power of community activism, McCourt stated:

“The UK is the envy of the world when it comes to inventiveness – we have it in our DNA – and Lightfoot represents this perfectly.

All around the country and the world, I see a greater emphasis being placed on cleaner air and the need to do something about emissions. Lots of people – us, as drivers – taking collective action will show how powerful we can be.”

Breathe Exeter’s goal is to work with communities and businesses, utilising Exeter-made technology, to improve driving across the city.

Adopting a smoother driving style, focused on steady acceleration and braking and an all-round greater awareness when behind the wheel, can have a huge impact.

£50 of petrol turning into £60 right before your eyes. Hundreds of kilos of pollutants saved from entering the atmosphere. Fewer accidents, saving hundreds, if not thousands, of pounds and preventing the physical and emotional stress of experiencing a collision.

That’s great news for you, but what can it do for Exeter?

Well, if we fitted every vehicle in Exeter with Lightfoot, we could achieve:

Community activism is the way forward.

Taking small steps together can carry us much further than attempting giant leaps by ourselves.

How you can play your part

We all have a part to play in keeping Exeter’s air clean for generations to come. Whether you’re one person in a Punto or a business owner with dozens of employees commuting into town each day – you are important and you can make a difference.

If you’re interested for yourself, it’s as simple as using Grow’s exclusive Breathe Exeter discount code – GROWLIGHT139 – to buy your Lightfoot device (saving an extra £10 in the process)!

Join our fast-growing community of the world’s best drivers – you could even start earning revenue by becoming a Lightfoot Ambassador and building your own network of better drivers.

If you work for or own a local business, joining Exeter’s pioneering air pollution initiative is a no-brainer. If your business cares about the local environment and the communities within it, why wouldn’t you be involved?

Some businesses, especially those with company cars and grey fleets, are finding Lightfoot to be the perfect technology solution in their vehicles. Lightfoot doesn’t have to involve any form of vehicle tracking. In-vehicle technology has always worked from a top-down approach that fundamentally believes you cannot trust drivers. Lightfoot disrupts that entirely, built on the belief that rewarding drivers for adopting better driving habits is all that’s needed to ensure safety and compliance.

Other businesses are using Breathe Exeter as an opportunity to offer Lightfoot as a perk for staff – ensuring they are safe, happy, and being rewarded whether they are commuting or driving for leisure, whilst also making significant inroads in reducing their carbon footprint.

As Mark Roberts, founder and CEO of Lightfoot, said on the night of the Breathe Exeter launch:

“The great businesses and people of Exeter can build this initiative and give it momentum. It can become a global movement; where the world will be looking back at Exeter, its people and businesses, as the originators of something massive.”

Help us build the movement.

Previous post: Diesel sales fall again in the war on dirty driving
Next post: Are mistakes on the road driving the economy? 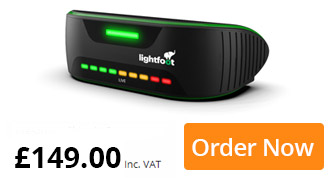