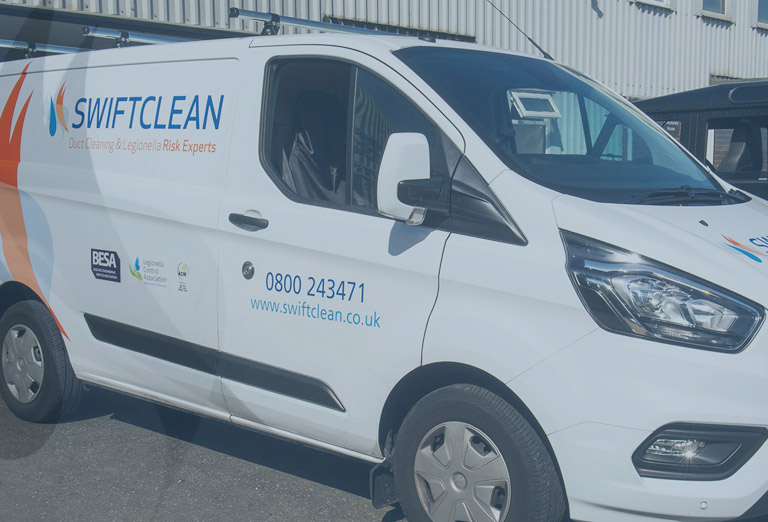 Swiftclean, one of the UK’s longest established specialist ventilation hygiene providers, has announced a remarkable reduction in fuel bills, on-road accidents and vehicle damage following the installation of Lightfoot’s in-cab driver guidance system across its fleet of 34 vehicles.

Recording an MPG uplift of 6.1%, record savings in fuel expenses of circa 10% and a dramatic fall in insurance premiums of 20%, the Southend-on-Sea headquartered business has seen a dramatic change in the way its fleet of vehicles are driven, thanks to Lightfoot’s pocket-sized dashboard driver guidance device and rewards platform.

Through real-time feedback and nudge psychology, drivers intuitively become more aware of their driving style, helping them to be less aggressive, smoother and safer drivers. A verbal end of journey score, based on their driving performance, reinforces good habits and links to the driver app where those achieving and maintaining Lightfoot’s Elite driver status can unlock access to prize draws, including cash rewards from The Drivers’ Lottery of up to £100 every week.

Lightfoot’s ability to shrink a fleet’s carbon footprint at the same time as slashing harmful NOx particulates and CO2 emissions – proven in tests by Bath University’s Institute of Advanced Automotive Propulsion Systems – was a major influence in Swiftclean’s decision to install Lightfoot across its fleet.

The family-run business, which provides services such as duct cleaning, legionella risk assessments and water tank cleaning for various sectors, has company values firmly rooted in a resilient environmental policy which serves to keep the communities in which they work safe and healthy.

Does exactly what it says on the tin

Accredited as an ISO14001 company, Swiftclean wanted an effective fleet solution that would help minimise consumption of natural resources, waste and pollution.

Commenting on the positive impact Lightfoot has had in transforming the way its vehicles are driven, Gary Nicholls, Managing Director of Swiftclean, said: “I am a real advocate of Lightfoot. The system does exactly what it says on the tin, cutting accidents, wear and tear costs, and reducing our idling time by 3%.

“Since we first had the devices installed all our drivers’ scores have improved significantly. So far, we’ve seen a 92% reduction in driving penalties, which corelates almost exactly with percentage falls in sudden braking, harsh cornering and aggressive acceleration. Now, our drivers regularly attain Lightfoot’s ‘Elite Driver’ standard, which is the point where we see the best savings, and our drivers unlock access to great prizes.

“But that’s just the start of the benefits. By becoming more mindful, our team are safer on the roads, resulting in fewer accidents and reduced claims. Instances of dangerous driving have fallen by 80% too. That’s led to a 20% saving on our fleet insurance renewal this year. That, on top of our fuel savings (which we estimate to be around 10%), makes Lightfoot a no-brainer as an investment. The system wholeheartedly delivers what it promises. It’s a fabulous product.”

Gary added: “One of the most exciting features for us is the rewards platform. That gives our drivers a tangible reason to be better and to utilise the in-cab feedback to the full, keeping our staff safe and their vans in the sweet spot of their engine.

“With Lightfoot’s in-cab technology and the app, our drivers have the opportunity to be personally and routinely rewarded for carrying out their daily duties. That really resonates with our team and has helped to reinforce a strong sense of community within the company, as well as healthy competition between colleagues. That in turn has enhanced staff wellbeing at the same time as slashing fuel costs and greenhouse emissions, a core aspect of our company values.”

The consequence of poor fuel economy

Martin Kadhim, Co-Founder and Partnerships Director at Lightfoot, said: “One of the perennial problems we’ve spotted in great businesses like Swiftclean is that they routinely overpay for the running costs of their fleet. That’s typically the consequence of poor fuel economy, high insurance premiums, elevated levels of wear and tear and higher accident rates caused by harsh driving styles.

“Lightfoot provides an instant, self-managed solution to this problem by empowering those in the driving seat to drive change for the better. By enabling individuals to adopt a more mindful and smoother style of driving, and rewarding them for doing so, Lightfoot helps fleets cut harmful emissions and fuel costs by up to 15%. It also lowers at-fault accidents by up to 40%, and reduces wear and tear costs by as much as 45%. It’s a win-win solution that not only reduces the impact of a business on the environment but saves fleets thousands of pounds every year.”

Paving the way for positive change in the fleet management and the telematics world, Lightfoot’s disruptive approach to reducing accidents has been adopted by some of the largest companies in the market, including Virgin Media, Dixons Carphone, and South West Water. By transforming driver psychology and eradicating bad habits, Lightfoot is helping fleets to improve efficiency and safety one mile at a time.