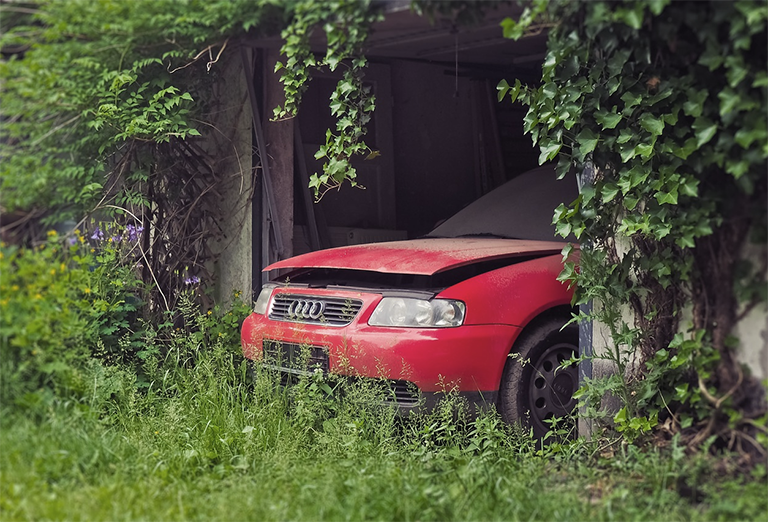 New research reveals that more than 12,000 abandoned vehicles have been removed by councils in England and Wales in the last year; that’s equivalent to 33 a day (more than one an hour!) but that only scratches the surface, as 148,777 abandoned cars were reported altogether.

But where are the abandonment hotspots? Topping the list was the South East with a shocking 5,393 abandoned vehicles being removed by councils, while Lightfoot’s home in the South West removed 1,770 cars – an increase of 385% over the last five years. That’s rather a lot for our little corner of the world! Dealing with abandoned vehicles comes at a significant cost to councils, with those across the South West paying £55,187 in removal costs.

But why is this becoming so common?

One of the most popular explanations is that rising insurance costs are causing people to give up on their cars. However, we can’t be sure what goes through people’s minds when they leave their cars to a life on the mean streets.

The research conducted by Confused.com found that 19% of people didn’t know what to do when discovering an abandoned car. So, what should you do? Reporting the vehicle and its location to the council is the best option, as they can safely remove and dispose of it. Confused.com have created a tool to make reporting abandoned vehicles to your local council as easy as possible.

It should be noted, though, that there are differences between abandoned vehicles and those annoying long-term loiterers known as ‘nuisance’ vehicles. How can you tell the difference?

Well with most abandoned cars, the signs are obvious – stationary in the same place for a long time, untaxed (which you can check online) and often extensive damage (for example flat tyres or smashed windows).

Nuisance vehicles may be involved in parking disputes, can slightly move every few days or be poorly parked. Councils will also only deal with cars that are on public property, not private land. However, if the vehicle is causing danger to other road users, it should be reported to the police by calling 101.

Previous post: The Honest Truth is our Charity of the Year
Next post: A&E Fire & Security achieves a fuel saving of 10% with Lightfoot