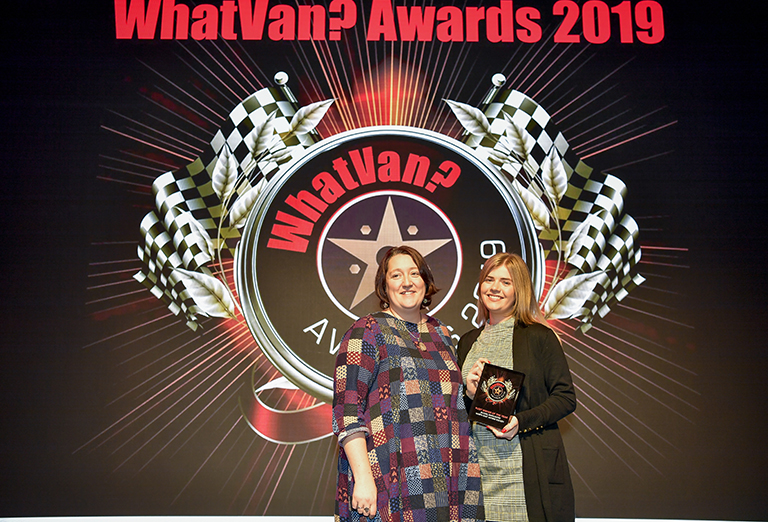 We have a winner!

Rachael Muncaster, of the North East Autism Society, has won this year’s Fleet Driver of the Year award, presented at the WhatVan? Awards ceremony on 13 December 2018.

Rachael was awarded the prize for her consistently excellent driving throughout the year. Recording regular high scores for her smooth, safe driving, Rachael now has the title of Fleet Driver of the Year to proudly show off to the world.

It wasn’t just for her smooth driving prowess that she was awarded the honour, though. Rachael’s colleague, Jenny Armstrong, reserved special praise for her dedication to a job that carries great responsibility:

“It was such a delight to see a friend and colleague recognised for her hard work. Transporting our vulnerable adults is such a big part of our day to day work and can easily be taken for granted. Seeing Rachael on stage receiving recognition for this was an honour.

Reflecting on her win in a typically self-effacing fashion, Rachael said:

“I was truly shocked and grateful. I was very nervous to be up against so many other organisations but both the Lightfoot and WhatVan? teams were so amazingly welcoming. It was great to hear about all the great work that Lightfoot does with smaller charities and organisations like ours. Thank you all so much for a great experience!”

There are a host of awards throughout the year that praise companies and technologies in the fleet industry, however WhatVan? and Lightfoot break the mould by also recognising the best drivers in the UK.

Lightfoot rewards fleet drivers for their outstanding performance every week through its Fleet Driver of the Week prize. Winners of this award are entered onto the Fleet Driver of the Year longlist, which is eventually whittled down to a shortlist of five of the UK’s best drivers. the shortlisted drivers and their managers to the WhatVan? Awards ceremony to celebrate their brilliant performance throughout the year.

“Everyone on the shortlist deserved to be here and it would have been just for any of the five to walk away with the award. That being said, Rachael is an exemplary driver and a stand-up person, so it is a delight to see her win the 2019 Fleet Driver of the Year award. Next year is going to be a great one for all Lightfoot drivers, as we extend our rewards platform even further and reward more drivers than ever.”