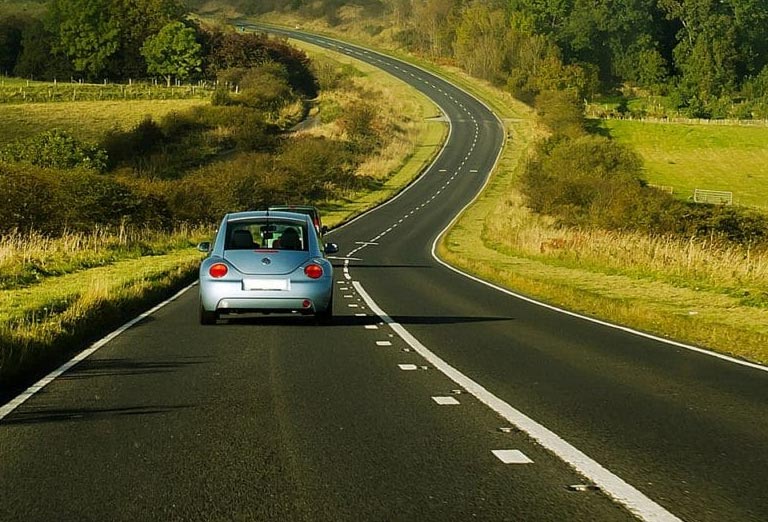 Coasting down a hill might feel fine, but there are plenty of people who seem to have that nagging sense of doubt that maybe it’s not quite the best way to drive. It’s fine though, right? You’re still in control and you must be saving fuel? Unfortunately not – Coasting can be dangerous and coasting doesn’t save fuel.

Here’s why it’s a bad technique…

If you’re new to driving and are reading this, coasting is when you drive along with the clutch pushed in, or have the gear stick in neutral – or both. This disengages the engine from the wheels. This naturally happens every time you switch gear for a fraction of a second, but coasting is where you do this for a prolonged period using the car’s momentum and gravity to keep going.

Why coasting is a bad technique…

When coasting downhill, gravity and momentum combine so you rapidly gain speed. You might go faster but you’re far less in control…

You can find the official Highway Code guidelines on coasting here (Rule 122).

Is coasting when driving illegal?

No. There isn’t any UK law specifically prohibiting someone from coasting downhill. However, if you were to be involved in an accident that was influenced by coasting, the argument could be made that the driver did not have control of the vehicle – which would be an offence.

With the technology in modern cars, it’s now an old misconception that coasting actually saves fuel. If anything, coasting could actually increase your fuel consumption. Here’s what happens in 2 different scenarios…

Driving down a hill normally –

Coasting down a hill in neutral –

“Older cars had fuel injected into the engine by a carburettor, which was a mechanical device, with no intelligent control electronics. These days, cars have electronic fuel injection, powered by an intelligent electronic control unit (ECU). This means that modern cars have been able, for many years now, to do clever things like shut off all fuel to the engine if no power input is required to the wheels – e.g. when driving down a hill at a constant speed. So, the next time someone says you can save fuel by taking your car out of gear going down a hill, you can put them straight!” – Dan Regan, Head of Innovation at Lightfoot

So all in all, coasting – downhill or in any other circumstances – can be potentially dangerous and doesn’t save you any fuel along the way. If you do want a quick and easy way to help you stay safe on the roads and save money at the same time than have a look at what Lightfoot can do for you instead.

For more information that could help make your drive cheaper, have a look at our other posts here: